- GENERAL INFORMATION The Gewurztraminer varietal is pink with white fruit and juice.…

The Lucien Albrecht vineyards are mainly situated in Orschwihr, a wine-growing village in southern Alsace. From 728, Orschwihr is known under the name of Otalesvilare. From the 13th to 16th centuries, the village and its surroundings are controlled by the nobility: the bishops of Strasbourg, Basel and Hapsburg in particular. Even in this era, there are very strong ties to the vineyards and land is a precious asset to be cherished and glorified.

Some of the greatest wine-growing terroirs

The village of Orschwihr is flanked by two hills. One of them—Pfingstberg, whose wine is ranked as a Grand Cru (Great Wine)—has been renowned since 1299. With its south-easterly aspect, this hill rises to around 350 metres above sea level. A substrate of calcareous and micaceous sandstone underlies its higher levels, while a more gravelly clay texture emerges in its lower levels. Pfingstberg is ideally suited to the Gewurztraminer, Riesling and Pinot Gris grape varieties.

This is the name of the other hill overlooking the village of Orschwihr. Situated to the south of Rouffach, its stands clearly apart from the Vosges mountain range and benefits from exceptional sunshine throughout the day. From sunrise to sunset, there are no neighbouring summits to block out the sun’s rays.

The name Bollenberg is certainly derived from “Belen” or “Belenus”, the Celtic god of fire associated with pastoral life. Bollenberg may mean “Belen’s Mount” and could well be where our ancestors came to worship the sun, as was the case for both Petit Ballon and Grand Ballon, which are important points on the sun’s path across the sky. The fire purification ceremony was celebrated on 1 May on all of these summits (all of the Vosges “Ballons” and the “Belschens” in the Black Forest). It was probably a place of worship for the Celts followed by the Romans who settled here and left behind certain remains.
Furthermore, the presence of numerous rare and medicinal plants has attracted herbalists and healers from time immemorial. During times when education was less widespread, these people were often considered to be witches or wizards. This is borne out by numerous local legends.

The exceptional sunshine on this hill favours the growth of rare flora and the proliferation of exclusive fauna, which give this wine-growing terroir an almost Mediterranean-type climate that is very hot and thus supports rare, unique and very precocious wildlife. The presence of numerous rare and medicinal plants has attracted herbalists and healers from time immemorial. It should be noted that the hill is now a protected area.

Bollenberg marks the start of a geological fault which bears witness to the abundant tectonic activity in Alsace. This is clearly visible and continues onto the hill situated to the north beyond the valley of Soulzmatt. On this hill (Rouffach), this fault has been quarried for stone. In certain areas, it emerges as a rocky cliff reaching around ten metres in height. The soils of this very dry and calcareous type of terroir, which are also occasionally clayey and heavy, play a major role in defining the authentic character of Lucien Albrecht wines.

“Spiegel” is a German word meaning ‘’mirror”. It would appear to be named after its ability to capture the light of the rising sun and reflect it onto the vineyard throughout the day.

The Grand Cru Spiegel is situated in the municipalities of Bergholtz and Guebwiller. It nestles between the Grand Cru Pfingstberg to the north and the Grand Cru Kessler to the south. Situated on a moderate slope, it benefits from sandy clay soils covered with sandstone pebbles, which are responsible for its good hydric qualities. The Grand Cru Spiegel’s reputation was forged in the 1950s, when wine growers introduced quality charters and precise characteristics, which have led to the creation of today’s unique wines with delicate aromas that may sometimes be robust depending on the grape varieties, but are always persistent. Gewurztraminer is reputed to reveal its full potential on this wine-growing terroir, where it is slightly drier than elsewhere in Alsace. The flowery notes and spicy aromas give it a very expressive nose. 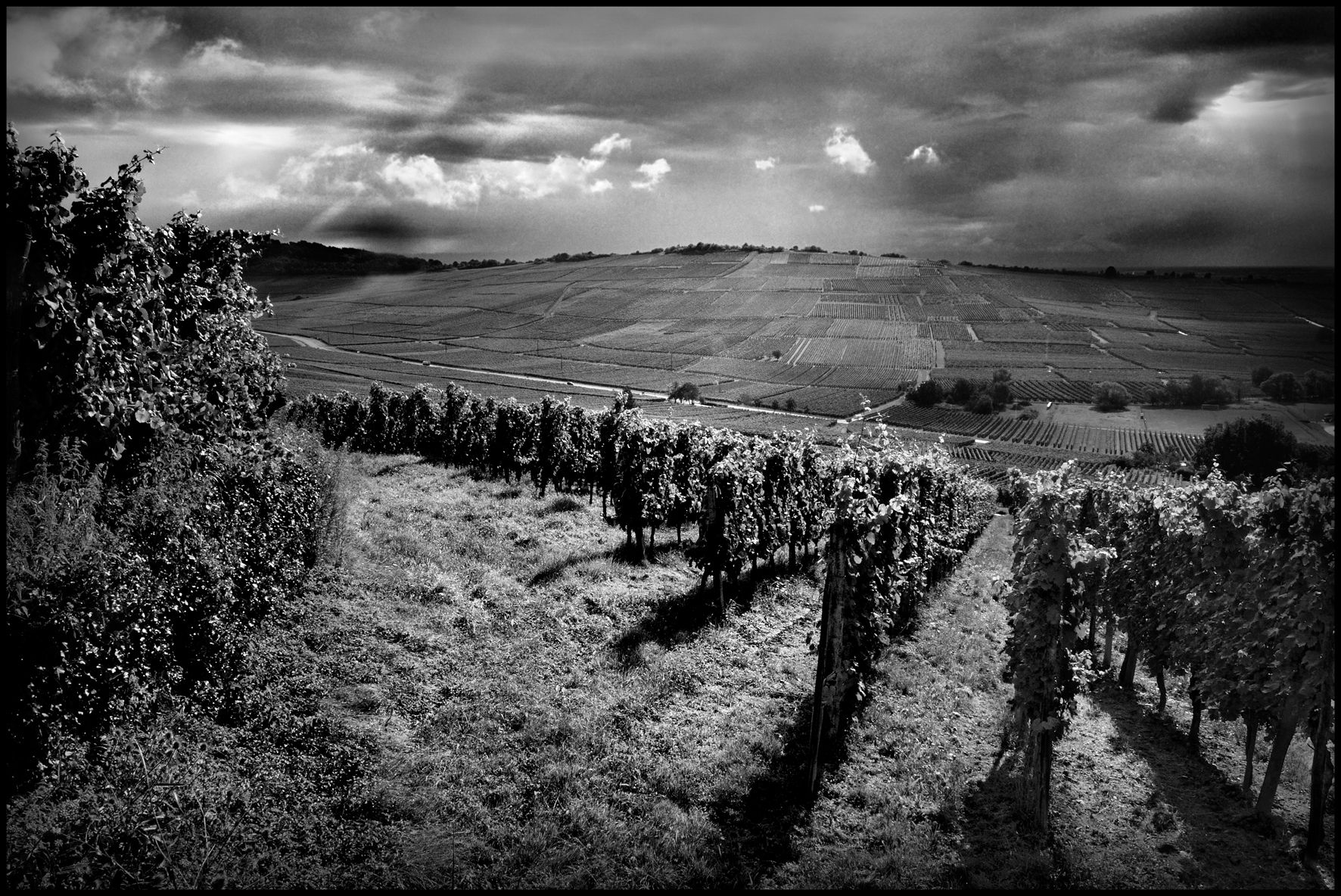 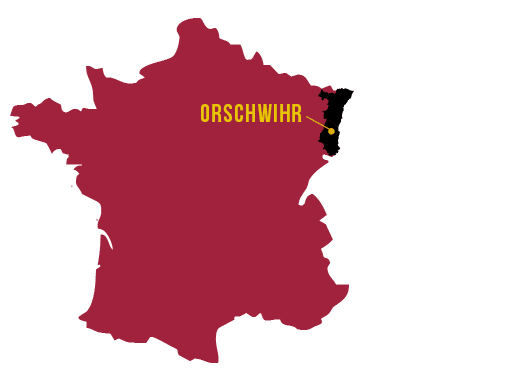